Guyanese Canadian Cultural Association of BC

Posted on June 19, 2010 by bcguyaneseassociation 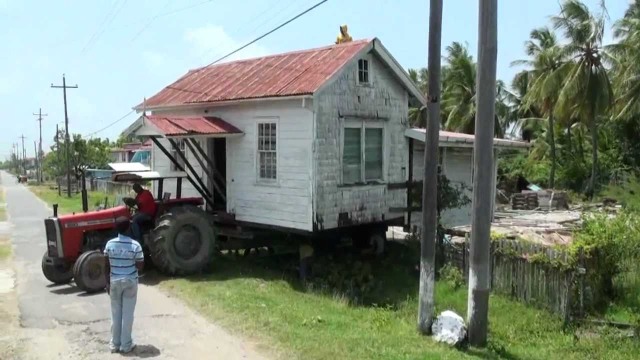 To better serve our membership, we’ve built a better page which will allow us to keep you more up-to-date on our community’s activities

Please redirect your browser to www.guyanabc.ca!
See you there!

Posted on October 7, 2010 by bcguyaneseassociation

The Guyanese Canadian
Cultural Association Of BC

Invites You To Their

Book and Blog on James Douglas

Posted on August 10, 2010 by bcguyaneseassociation 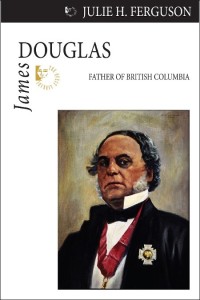 James Douglas: Father of BC

Julie H. Ferguson has linked the blog of the Guyanese Cultural Association of British Columbia to her Blog, and we have now linked her Blog to ours to feature her two sites in our”Partner Links” category.  Here are the two sites:

Posted on July 29, 2010 by bcguyaneseassociation

The Guyanese Canadian Cultural Association of BC is going on its annual Bus Trip to Seattle on Sat Sept 11, 2010 for the “Annual Guyana Family Fun Day Picnic”.

By popular demand this year is an overnight trip, Sept 11-12. We will be celebrating the 10th year Anniversary with our friends in Seattle “The Guyana Friendship Group” on Sept 11th and returning Sept 12th.

An after picnic Lime with music and dancing is planned for the evening (Sept 11) at a location TBA later. Our Bus will transport us to and from our locations. On our way back home on Sunday Sept 12 we will stop at the Seattle Premium Outlet Mall for some shopping.

*Price includes a delicious Guyanese-food lunch on Sat, admission to the evening lime and transportation for the weekend.

There will be two pick-up and drop-off locations:
1. River Rock Casino in Richmond  at 7.15 am and
2. Sears Guilford Mall in Surrey at 8 am.

Accommodation arrangements have been made with the Travelodge at Sea Tac Airport North on International Blvd. Everyone is responsible to phone to make their own room reservations. We’ve booked a block for our group so that we can get a special rate:

August 11th is the deadline date for booking your seat on the Bus and the Travelodge. Your bus seating and accommodation is not guaranteed unless you pay. Note that space is limited as spaces fill up fast.

We’ve booked 1 Bus for this trip and it’s likely to full up before Aug 11th so to book your room at the Travelodge hotel call 1-877-361-2499. Provide our Group name “GCCA 0F BC” for the special rates. – The confirmation number for our group booking at the Hotel is 52290036. To pay for your bus trip or for more info you may contact any of the names below:

Again we thank all of you who were on the Bus with us last year. So come again, bring your family, friends, and love ones. Make this a mini vacation.  For those who missed it last year and later heard all of the buzz, come join us this year and let’s have a good time!

Posted on July 27, 2010 by bcguyaneseassociation

Guyanese Canadian Cultural Association of BC

FOR OUR ANNUAL FAMILY DAY PICNIC AT BURNABY FORESHORE PARK – LOCATED ON BYRNE ROAD OFF MARINE WAY. (see flyer for map and directions)

Posted on July 17, 2010 by bcguyaneseassociation 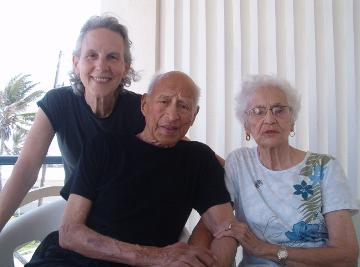 Isabelle and Vivian Lee with ¡ “Auntie” Olga Lopes Seale in Barbados
Olga Lopes Seale and Vivian Lee re-connected again after many years when Vivian visited Barbados with his wife, Isabelle, for a short vacation in June. While in Barbados they were interviewed by Cyril Bryan of Guyanese Online.
.
They are now both 91 years old now, and were glad to meet again and reminisce about early broadcasting and entertainment in Guyana, in the 1950s, when they were at Radio Demerara, and he ran a successful advertising and music business.
.
Vivian has been residing in Vancouver, British Columbia, since 1985 after spending seven years in France. In Vancouver he was one of the founders of the Guyanese Cultural Association of BC in 1986, after a visit there by then President Hoyte brought out the Guyanese and started the process. He believes in continuous learning and action, and earned a degree in English from the University of British Columbia. He wrote and edited a book entitled Super Seniors in 2004, which chronicles inspiring life stories of people over 65 achieving their goals.
.
Dame Olga Lopes Seale is still doing her charity work in Barbados, driving her little SUV around helping kids and families in need. She recently collected $50,000 (US$25,000) in her annual Fun Run sponsored by companies, schools and individuals in Barbados.
.
Olga Lopes Seale was a pioneer of radio broadcasting and responsible for exposing musical talent in Berbice. She was equally successful as a broadcaster in Barbados after emigrating there in 1964 with her Barbadian husband. As a broadcaster in Guyana, Olga Lopes-Seale was responsible for programs like Birthday Requests; The Ovaltine show; Yours Truly Olga, the Radio Demerara Needy Children’s Fund. She was inducted into the Caribbean Broadcasting Hall of Fame in August 1997.
.
In 2002, she, as well as Vivian Lee, received the Guyana Folk Festival 2002 Wordsworth McAndrew Award. These awards, named after the distinguished Guyanese folklorist Wordsworth McAndrew, are awarded to recipients for their contributions to Guyanese folk and popular culture.
.
From 1957 to 1979 Vivian Lee had a Record Store, Advertising company, as well as a recording company ACE Records at Robb and King Streets. He was a broadcaster, public relations specialist, songwriter, and cultural promoter.
.
A very creative man he was, writing the famous radio character Mrs. Snodgrass; creating the lyrics for ¨Down at the bottom floor”, popularized by Lord Canary and promoting national and international musicians like Johnny Braff, who was a very popular local artist with many hits in the 1960’s. He also produced one of the early Guyanese films, the musical comedy, ” If Wishes Were Horses”.
–(By: Guyanese Online – Published in July 2010 Newsletter).
Posted in member Updates | Leave a comment

Posted on July 10, 2010 by bcguyaneseassociation

Party by the Pier, and save $8

If you are planning to celebrate Caribbean Days weekend by enjoying the spectacular Waterfront Party, now is the time to act.

The early bird deadline is fast approaching. Tickets are currently $35, but after July 11 will be sold at $39. If you will be attending with a friend, you can save $8 by getting your order in now. Why not keep that $8 in your pocket?

Tickets can be found using these links:

Check out their recording of “It’s Carnival” and other hot tunes here:
http://www.caribbeandays.ca/events/dance

Looking forward to seeing you at the party.

See you at the Flag Party Boat Cruise on July 18th as well:
http://www.caribbeandays.ca/events/cruise

Join us at Caribbean Days Festival

Posted on July 10, 2010 by bcguyaneseassociation
Posted in Events | Leave a comment

Posted on July 5, 2010 by bcguyaneseassociation

What started as an admission-free, one day festival in 2000 attracting 1,500 festival-goers of all ages has grown to between 18,000 and 20,000 over two days and remains an admission-free festival with people coming from all over Metro Vancouver, the Fraser Valley and Washington State.

The two day party in the park transcends cultural and musical boundaries with a galaxy of performances including Reggae, Calypso, Ska, Salsa, and African beats, authentic Caribbean cuisine,  an open air market with 70+ art & craft vendors, dancing, beer garden, youth dance and fun for the little ones. Rain or shine, organizers are committed to delivering a high-energy festival with a phenomenal entertainment line-up.

Posted on July 1, 2010 by bcguyaneseassociation

Please see attached the events for the :

Of course, July is the hottest month in your calendar. That goes without saying. So the events listing below will be brief and to the point.

First, for Society members: the TTCS General Meeting format worked well in June, so we will do the same thing again in July. Mark your calendar as follows:

Posted in Events | Tagged Trinidad and Tobago events in B.C. | Leave a comment

Posted on June 24, 2010 by bcguyaneseassociation

—– Nearly a century later, a symbol of the Haida returns to its people

Last week, the Haida marked another milestone when they formally returned the name Queen Charlotte Islands to the Crown and restored the name Haida Gwaii to the cluster of islands off B.C.’s North Coast.

Ninety-five years after it was taken from Haida Gwaii to adorn a railway station in Alberta, the Raven totem pole is back in Old Massett.

Restoration experts have spent months trying to remove lead paint bright white, red and aqua that had been added to help make the 12-metre-long pole a tourist icon in Jasper. It arrived on a ferry Friday and on Monday, Haida leaders will formally restore the pole’s name, Stihlda.

Traces of paint remain, a reminder of the cedar pole’s travels. It was painted some grisly colours over the years,” said Vince Collison, the Haida co-ordinator of the event. So we re grateful to get it, as close as possible, back to the original condition.”

Mr. Collison has been part of the Haida repatriation committee for more than a dozen years, working to bring back cultural items that have been collected by museums around the globe. The work focused first on ancestral remains. It is only in recent years, with the remains of 500 of their people returned, that the Haida have turned their attention to works of art.

The memorial pole, believed to be 140 years old, is now too weatherbeaten to be raised again. Instead, it will be laid out in a protective display crate until a new longhouse is ready to house the artifact.

The details of how the pole was removed are murky, but Mr. Collison said it is unlikely that it was freely sold or given away. You can’t sugar-coat that; they thought they were taking these things away from a dying people.”

For decades, the pole’s provenance was unsung. It came to be a symbol of the Rockies and a promotional emblem for the Grand Trunk Pacific Railway, which brought the pole to Jasper to mark its new northern route across the mountains to Prince Rupert in 1914.

I can still remember seeing it for the first time,” he recalled. Mr. Prentice first visited Jasper as a 13-year-old boy, in 1969. Like many visitors, Mr. Prentice assumed the totem pole represented a local aboriginal community.

It wasn’t until last year, as Minister of the Environment, that he learned otherwise. I was appalled this treasure had been taken from the Haida,” he said. As a former minister for Indian Affairs, he had come to know the Haida and understood the Jasper landmark would have to go home.

The Haida are now carving a new pole, commissioned by Parks Canada, that will be raised in Jasper. Mr. Prentice said the swap highlights a spirit of reconciliation.

The federal Conservative government’s relationship with first nations has not been unblemished. The Harper government tore up the Kelowna Accord, which would have invested $5-billion over the space of a decade into improved education and living conditions for first nations communities. Mr. Prentice defended his government’s record Sunday, citing the apology and cash settlement of claims for residential schools, as well as investments in clean water and housing on reserves.

The totem pole is a tangible display of good intentions, he said. This is a symbol of what we have achieved,” he said.

Last week, the Haida marked another milestone when they formally returned the name Queen Charlotte Islands to the Crown and restored the name Haida Gwaii to the cluster of islands off B.C.’s North Coast.

Posted in BC Government, BC History | Leave a comment
Guyanese Canadian Cultural Association of BC
Create a free website or blog at WordPress.com.